When most countries wax eloquent about their founding fathers, they’re talking about a whole group of people who played a vital role in the building of a nation.

In the case of Singapore, there’s only one founding father of which to speak, and he died on Monday March 23, 2015.

Lee Kuan Yew, commonly referred to as LKY, single-handedly built Singapore up from a third-world port to a first-world metropolitan wonder in the space of just one generation.

In fact, this ultra-modern city-state’s nearly 6 million inhabitants enjoy a higher per capita GDP than the U.S.

Although he appears to be universally admired, LKY has had his share of critics along the way.

There are those who note that Singapore’s success has come at least in part by curtailing civil liberties and subtly suppressing dissent through control of the media and public protests.

Such critiques, however, cannot diminish LKY’s shining legacy of raising Singapore up to a place of world prominence.

As Singapore celebrates its 50th anniversary of independence, here are 10 important lessons any leader can learn from LKY:

LKY showed tremendous discipline in his leadership of Singapore. He showed it in his singular focus on the good of Singapore – as opposed to his own ego or self-interests.

He also showed discipline in his embracing of straight talk. He was always frank – even curt – because he always spoke the truth.

He was fearless when it came to speaking his mind and championing the cause of Singapore. His straight talk certainly ruffled the feathers of some, and even offended others, but it was also a key aspect of gaining the trust of his followers. And they did trust him because they knew he had the greater good as his primary focus.

His devotion to language diversity and bilingualism also came through in the disciplined way he had pursued it in his own life – LKY continued to take daily lessons in Mandarin from person tutors right up until the age of 90 (he died at age 91).

Now that’s discipline anyone can look up to.

Much of leadership has to do with establishing and effectively communicating a compelling vision.

That vision has to grab people’s hearts and minds so strongly that they’re willing to set aside their own agendas and interests in order to follow the leader in fulfilling that vision.

Nowhere is this more evident in LKY’s leadership of Singapore than in how he approached the tinderbox issue of race in the tiny city state.

As LKY ascended to power in Singapore, the country was being torn apart by race riots. This flew in the face of LKY’s vision for the country, which one of multi-racial and ethnic harmony.

Singapore has a big ethnic-Chinese majority with significant Malay and Indian minorities. How did LKY fulfill his vision of a multiracial Singapore?

By taking hard, practical measures to make it happen. He focused on equal educational and employment opportunities for all, and always kept an eye on social integration while doing it.

He honored racial, ethnic, and religious diversity by strictly enforcing quotas in public housing that embody integration, cracking down sharply on inflammatory speech in spite of how that often looks like authoritarian control of free speech.

3. Devotion To A Greater Good

LKY was singular in his devotion to a greater cause than himself, which was gaining independence for Singapore and building it up into a viable nation state.

In other words, LKY’s rise to power was never about him or his ego. It was always about the greater good of Singapore and its people.

That devotion to a greater good has a lot to do with why he was always such a powerful, motivating speaker.

His passionate speeches inspired people to devote themselves to the Singaporean cause. This speaks directly to the Level 5 Leadership concept presented by Jim Collins in his classic Good to Great, where the best leaders pursue the greater good with unwavering resolve.

How does one person take a backwater port and turn it into one of the most economically successful cities of the modern world?

LKY was tenacious in his devotion to building Singapore into a viable nation. After experiencing the horrors of Japan’s occupation of Singapore, LKY knew he would do whatever it took to gain Singapore’s independence, and then make it place where people could feel safe and thrive.

He very carefully chose which battles he would fight. Once that decision was made, there was no stopping him. That meant he had to be willing to take unpopular measures.

He quelled a rising communist insurgency with mass arrests. He mandated military training for all men. He put in place surprisingly detailed and invasive ordinances pertaining to people’s personal habits, all in the service of enhancing Singapore’s place and reputation in the world.

His initial attempt at combining Singapore with Malaysia failed, and he shed tears on public television over it. That was clearly a low point, but he didn’t give up.

He doubled down on efforts to make Singapore a completely independent nation, and he succeeded. That’s the kind of resolve that inspires followers to stick with a leader through thick and thin.

LKY was always supremely pragmatic in everything he did. The ultimate test for any of his policy choices was whether or not they got the results he was looking for.

If those results weren’t materializing, then it was time to try something new and different. That’s why LKY never adhered to any particular ideology, whether Democracy or Socialism or anything else.

His only ideology was getting results.

He was constantly asking the only important question for judging his actions – is it working? If so, then how could it be further improved or strengthened.

If not, scrap it and try something else. Given Singapore’s success, this results-oriented, supremely pragmatic approach clearly worked. 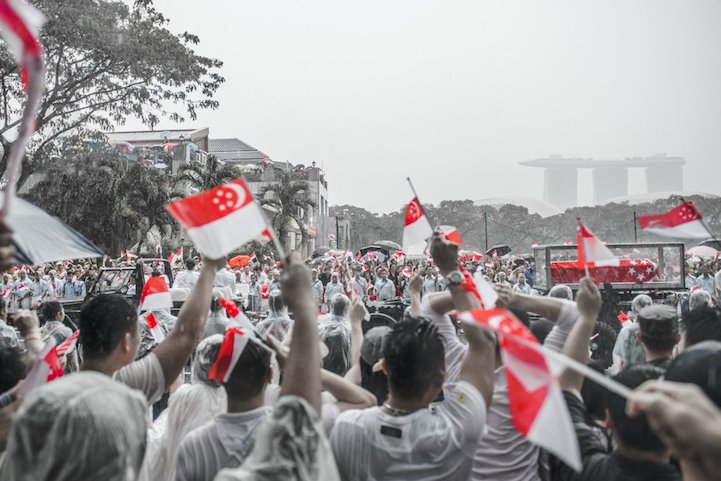 Just about every write-up you’ll find about LKY’s leadership notes how his administrations have all been free of corruption.

That’s no small feat in modern political life, where scandals routinely appear in the media. LKY set high moral standards for himself that he expected all of his colleagues to live up to.

Whenever corruption did rear its ugly face, LKY always met it head on with tough penalties. He also rewarded civil servants who acted with integrity with highly competitive salaries.

When people believe that government and its leaders are honest, they will follow those leaders earnestly.

Inequality in outcomes seems inevitable in societies based on competition, and yet much can be done to make sure everyone at least has a level playing field.

LKY was adamant that everyone have the opportunity to be a productive, contributing member of Singaporean society.

He would never allow discrimination to keep any class of people down. As LKY himself said, his objective was to, “Build up a society in which people will be rewarded not according to the amount of property they own, but according to their active contribution to society in physical or mental labor.”

Every leader needs exceptional role models from which they can draw inspiration and motivation.

For LKY, that included people like Winston Churchill for his tenacity, Charles De Gaulle for his guts, and Nelson Mandela for his integrity.

It seems clear that LKY himself will top the lists of many aspiring leaders’ role models.

9. It’s All About Developing People

Singapore has next to nothing in the way of natural resources, which form the backbone of most nations’ economies.

Thus, perhaps by necessity more than anything else, he deeply understood that people were Singapore’s greatest (and only) natural resource.

That’s why he put so much effort into developing people by making education a key feature of his policies.

It helps explain why government workers are paid so well – he made it a point to attract a good portion of the country’s best into national service.

It’s also why he made multilingualism a major focus of his leadership as well. As a result, Singapore has four official languages – English, Mandarin, Malay, and Tamil.

As LKY built Singapore up into the successful city-state it is today, he always kept an eye on who would become the country’s future leaders.

He was wise enough to know that if he wanted Singapore to continue to thrive, it was up to him to cultivate the next generation of leaders, because there can be no long-term success without successors.

He spent many years planning who would take over when he stepped down. That’s the kind of long-term thinking that feeds into successful leadership.

Since his passing, Singaporeans and leaders the world over have been paying their respects to LKY and the inspiring legacy he’s left behind, which can be summed up with this comment by one Singaporean on Facebook:

“Thank you for building the nation I will ALWAYS call home, flaws and all, no matter where I live in the world. My children, and my grandchildren will hear the stories of the incredible oasis you’ve built. Rest in peace, Mr Lee Kuan Yew. Singapore will forever be indebted.”

Tweet
Pin
Share373
373 Shares
Discover The 4-STEP
LEADER'S “MINDSET MODEL”
CEOs, Celebrities & All-Star
Athletes Use To Stay
AT THE TOP OF THEIR GAME
GET INSTANT ACCESS