Maybe lazy is the wrong word. But one thing these employees definitely are is unproductive.

You know the type. Perhaps you’ve dealt with them before and discovered how much of a nightmare they can be. 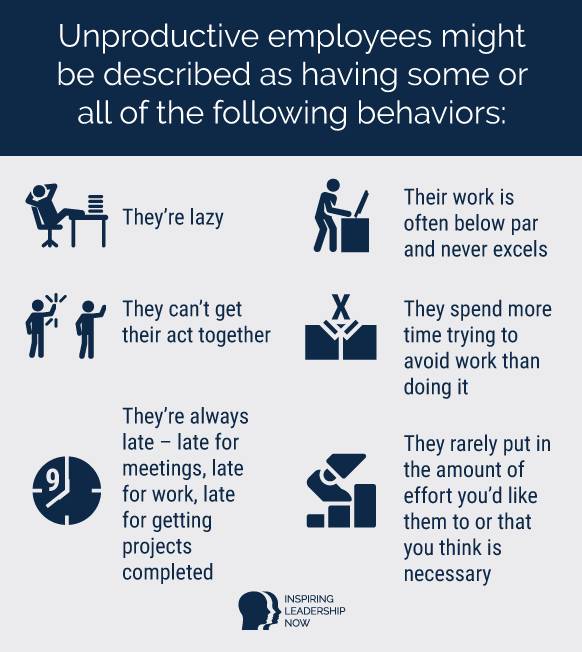 In a nutshell, they just aren’t pulling their weight. They’re letting everyone else down.

And when you confront them about their work ethic, they always have an excuse.

But are they simply lazy, or is there some other reason for their attitude and behavior?

In other words, what’s making them “lazy” in the first place?

Whilst you might just have a lazy staff member on your hands, there are some common pitfalls leaders need to watch out for that can contribute to an employee’s lack of motivation and interest:

Shakil Butt, founder of HR Hero, believes that behind every bad employee… is a bad manager.

And while managers can also suffer a lack of support from their superiors, one of the keys to effective management success at any level seems to be frequent and open communication.

So unless you come up with some way to motivate lazy workers, they’re always going to be potential pains in the butt.

But other experts have a different take on the issue. According to an article written by Nigel Nicholson in the Harvard Business Review, you can’t motivate lazy employees.

The only people who can motivate them are – themselves.

That’s another way of saying that motivation comes from inside oneself.

And it’s a well-known fact that people will work hardest when they feel motivated from within.

How To Manage Lazy Employees: 10 Top Tips To Manage & Motivate The Seemingly "Unmanageable"

In order for your business to thrive, it needs productive employees. Not slackers. Not people who you can’t rely on or who shift the blame for their shortcomings onto everyone else.

The way to stay ahead of the game is to be proactive.

Here are 10 ways leaders can manage lazy employees and nip any unhelpful attitudes or behaviors in the bud when they crop up. 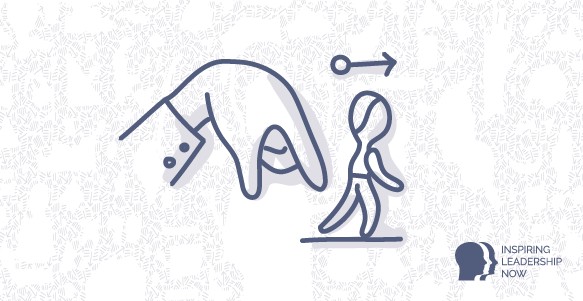 Got someone who is not working to their full potential? Letting the side down? Then you need to do something about it. Now.

Part of being a manager means dealing with performance issues regularly. It might not be your favorite part of the job, but it’s one of the most important.

When one employee gets away with it, it sets a tone that others will pick up on. If you start making excuses for staff, or allowing for exceptions, it won’t be long before the whole staff team is doing whatever they want to and paying no attention to your requests at all.

Underperformance is like an infection in a kindergarten class.

Unless it’s dealt with quickly and appropriately, it can spread like wildfire. And if that happens, things could get so badly out of control that it will be nearly impossible to repair the situation.

2. Discover The Root Of The Problem

Why is the employee lazy or unproductive? They might not have the necessary skillset to do the work adequately. Or they might not understand exactly what’s expected of them.

If either of these things is true, they can be resolved with the appropriate training and consultation.

Occasionally, people are unable to be trained to do specific tasks, at which point they might need to be relocated within the business or given a more suitable role.

Wherever human beings work together and communicate with each other, however, these problems are rarely the fault of a single individual. It takes two to tango, as the saying goes, so you have to assume that it’s possible for both parties to be partly responsible.

The trick is to find out what’s causing the issue and then agree on what you can both do to alleviate it.

3. Arm Yourself With The Facts 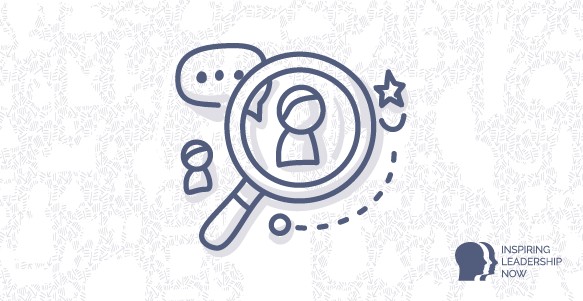 Before you approach an employee about their attitude or behavior, make sure you’ve got all the facts. Get other people’s opinions that will either back up or conflict with your own. Then use that information to tackle the issue with the member of staff.

If he or she is constantly getting on your nerves, then it might be difficult for you to deal with them objectively. That’s why you need additional information from other sources so that it’s clear you’re not weighing in armed only with your own biased views.

The facts will also tell you what kind of issue you’re dealing with, whether it’s the need for more training, a breakdown in communication, or something else.

Once you have all the facts at your disposal, you need to sit down and talk to the underperforming employee.

It’s important that you explain your concerns and how the employee’s attitude and/or behavior is affecting the business. Then be sure to include the fact that you are there to help.

You know (and they probably know themselves) that they could be doing better. What do they need to help them improve?

Try not to put them on the spot, but instead give them a few days to think about what steps could be taken to get them back on track. Ask them for feedback too – how are they finding the role? What do they need? Is there something you’ve been missing as a manger?

It’s also worth noting that your staff are humans too! Everyone at some stage in their life goes through difficulties such as breakups, deaths in the family and health problems. So ask them whether there’s been anything else affecting their work – and offer your support and compassion if there are external circumstances at play.

5. Come Up With A Plan For Progress 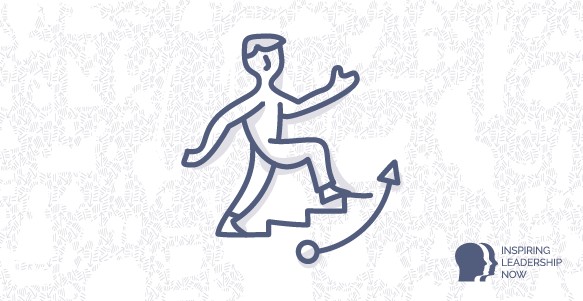 Once the employee has had some time to think about what he or she needs, then you have to come up with a plan.

The plan needs to be realistic, including measurable short-term targets. It also needs to be written down on paper, so that you both know what’s expected and when.

You can work with the employee to iron out the details of the plan. Get their input so that they feel motivated to achieve the goals you set. Give them time to reach targets and agree on techniques you’ll use to track and measure their progress.

The more involved they are in the decision making, the more likely they will be to see it through.

This is a key step. Making plans and setting targets won’t do any good unless you monitor the employee’s progress. You need to know that they’re actually doing what they agreed to do, and you also need to know if they are capable of doing it.

Arrange to meet at set intervals where the employee can report on his or her progress, raise any concerns they might have, and get more help if it’s needed.

Make sure the employee knows that this is all being done for their benefit and for the good of the company, and that success means a win-win for all concerned. 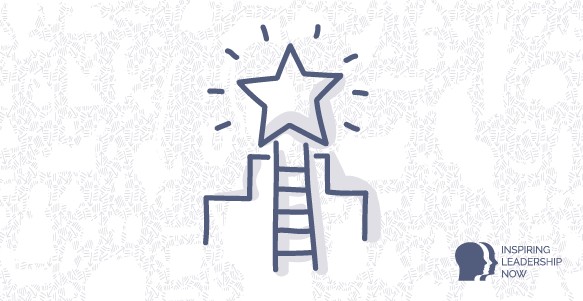 When the employee makes the kind of progress you’re hoping for, be sure to reward them.

You’ll have to judge the best way to do that, and the best time. Small rewards for small improvements might work better for some members of staff.

Others might be more in favor of a more substantial end-of-the-month reward, so they feel motivated to keep going until payday.

The idea is to show them that their hard work is paying off in unexpected ways. Bigger improvements can lead to bigger rewards, which should help to motivate them even further.

8. Deal With Underperformance…. Don’t Ignore It!

Never forget that you’re running a business. People always come first, but if an employee continues to underperform then you might have to take more drastic action.

Explain to the member of staff that there are consequences for continued underperformance. If no progress is made, despite the plan that you’ve both agreed on, then it could be that the employee is either unable or unwilling to change.

Your disciplinary procedure will probably involve a series of events and consequences. It’s not uncommon for businesses to operate a 3-point policy where staff receive a verbal warning, then a written warning, and finally get fired.

Make sure the employee is aware of your policy and that he or she understands that it will be enforced if no improvements are made. 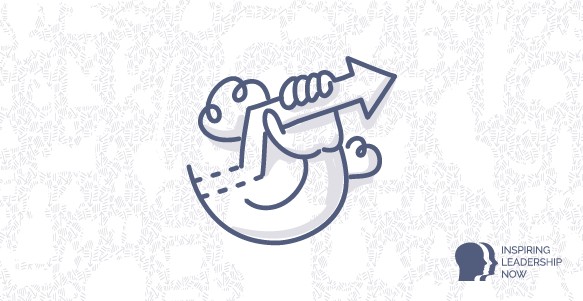 This ties in with the rewards system mentioned above. Nothing motivates staff like incentives. They can include things like extra time off, vouchers, cash bonuses, or anything that will incentivise the kind of people working with you.

For some people, getting their hard work recognized will be motivation enough. Others might respond better to a trip out or the chance to win a prize. It doesn’t matter what the incentives are, as long as they have the power to get your employees fired up.

Finally, be sure not to overlook the obvious. If your employees see you working hard, that will spur them on. If you get excited about reaching your targets, they’ll get excited too. Set an example for everyone else. Don’t just talk the talk but walk the walk.

When they see that you‘re willing to knuckle down and get your hands dirty, they’ll be more inclined to pitch in and help.

If a lazy or unproductive employee is testing your patience, resources and bringing the team down – you need to act. Resist the temptation to ignore the issue… it most probably won’t go away.

It may be that the job just isn’t right for them – that they’re really bored or have zero passion for what they’re doing. In which case, the best solution might involve them moving on. This will give them the chance to find something they do like – and will be better for your business.

That said, as always, when dealing with people… using a human approach – talk to your employees with curiosity and honesty. Try to understand reasons for their unproductivity and come up with joint solutions to help them improve.