When a significant economic downturn like the Great Recession comes along, everyone expects to do a bit of belt-tightening, and it’s frustrating when some not only fail to play their part, but go in the exact opposite direction.

In the U.S., financial companies recklessly engaged in excessively risky ventures, many of which went bad.

The resulting crisis forced a series of federal government (i.e. taxpayer-funded) bailouts for many banks and other financial firms.

Take American International Group (AIG) as an example. It was deemed with the iconic phrase “too big to fail,” which really means so big and interconnected it couldn’t be allowed to fail. As a result, it was given $170 billion in bailout money.

In the depths of the Great Recession, it planned to pay out $165 million in bonuses to the very executives who played a part in bringing the company to the brink of disaster and the global financial system to its knees. People were understandably outraged.

Now try and guess who received the second-largest bonus on Wall Street in 2008. It was Thomas Montag of Merrill Lynch, to the tune of $39.4 million. It was his unit that racked up most of the firm’s $15.31 billion loss in the fourth quarter of that year. As a result Bank of America, who was willing to acquire Merrill, needed an extra $20 billion in bailout money to make it happen.

Then there was Bear Stearns, whose CEO James Cayne earned $163 million from 2003 to 2007. The compensation plan at the company has been around since 1986. It mandates that the company hit a certain minimum target for return on equity before the company’s senior leaders can receive bonuses. Cayne’s 2006 bonus was $33 million.

That culture of desperately seeking returns played a role in tempting the company into risky subprime mortgages. The government had to arrange a marriage to J. P. Morgan Chase bank to keep it going.

There’s a dirty secret to CEO pay – much of it is tied to company performance metrics. When the short-term metrics become an all-consuming focus, it’s easy to start making less than optimal decisions to make your numbers.

In the case of a company like Enron, it can lead to illegal behaviors like the off-balance-sheet transactions that led to its demise.

As outrageous as bonuses are during a recession among firms receiving bailout money, it’s really only one small part of the larger executive pay conundrum.

According to The Wall Street Journal/Hay Group CEO Compensation Study, which analyzed data from the 300 largest companies by revenue, CEO pay rose a median of 5.5% to $11.4 million last year. And when you’re not dealing with small change, 5.5% is a big increase. 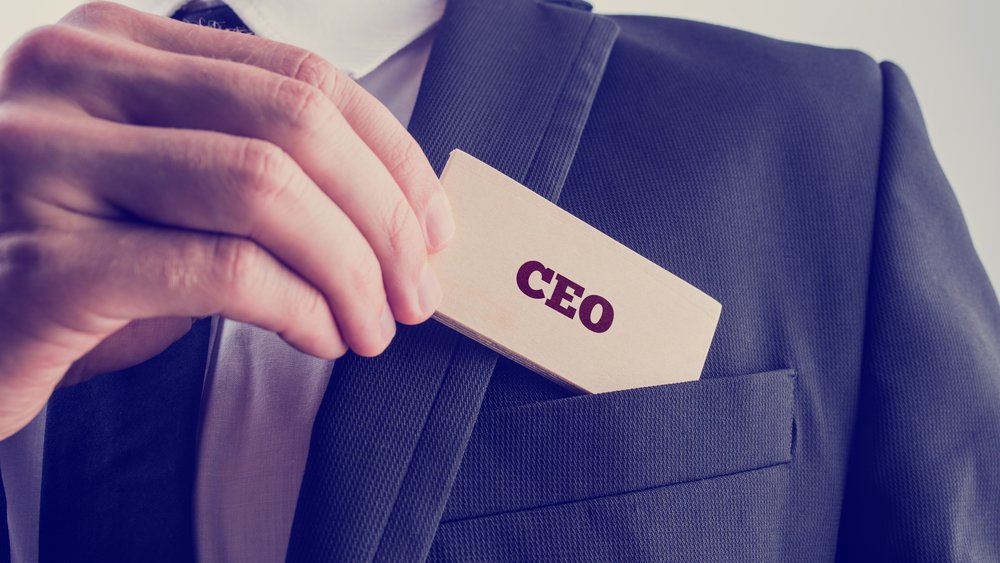 What’s really shocking is when you look at something called the CEO pay ratio, meaning CEO pay relative to the average worker in the company. Estimates vary depending on what mix of companies you analyze, but Harvard Business School researchers estimate that CEOs in the US make more than 350 times what the average worker is paid.

The average US CEO pay is about $12 million, which is significantly more than most countries (the closest runner up is Switzerland at $7 million). Most people, when asked, might guess that CEOs are pad 30 times the average worker, but 350 times? It sounds absurd.

You can see why some people start to get hot under the collar when discussing executive pay. That anger can take many forms, such as the Occupy Movement or fast-food workers protesting for better pay.

But wouldn’t it be nice if an actual CEO showed some real leadership on this issue? What a great way for a company to really stand out from the crowd, by actually doing something about pay inequality.

There is one who has finally stepped up to the plate, and his name is Dan Price. He’s the CEO of Seattle-based Gravity Payments, a credit card payment processing company he started in 2004 at the tender age of 19.

The company has done well for itself, for which he is paid $1 million a year. But what bothered him was hearing about friends making $40,000 a year having a hard time making ends meet.

So what does a CEO do who wants to address income inequality within the company? He closes the gap and funds it by taking a huge pay cut himself. Within a year or two, every single one of his 120 employees will be making a minimum of $70,000 per year.

In a company where the average salary is $48,000, there will be quite a few who see their salary double. What will Price’s salary be after his cut? He’ll be making the same minimum $70,000 as many of his employees.

Of course, if you’re already rich you can afford to do that, but it’s still an incredibly significant symbolic gesture to actually close the gap.

There’s a good deal of research out there that says after $70,000, throwing more money at a person doesn’t really make them any happier.

In fact, it can get in the way of happiness, which is the Law of Diminishing Marginal Utility in action if you remember Econ 101. Author Malcolm Gladwell just calls it the Inverted U Curve – the idea that more of something has benefits, but only up to a certain point where the benefits disappear and if you keep adding it, you’ll wind up causing harm.

Clearly, there’s more to workplace motivation than the money, but it is and will always be the starting point.

This isn’t to say that Gravity is the only company in the world with a progressive compensation policy. Whole Foods has made that a cornerstone of its brand. As of 2007, it caps executive pay at 19 times that of the average store worker.

Before 2007, the cap was 14 times the average worker, but it claimed it needed to up that figure to attract the kind of talent it needs at that level.

For many companies, getting the CEO pay gap down to just 20 times the average worker would be an amazing feat. Dan Price took it to ZERO in one fell swoop. He has literally raised the bar, not only terms of compensation for his employees, but also for leadership at large.

So while money may not always be the biggest factor when it comes to motivating the masses, we suspect the employees at Gravity Payments are feeling pretty appreciated and inspired by Price’s generous move. Much more so than those sweating it out for companies where they earn 350 times less than their CEO. Wouldn’t you agree?

Interested in joining the debate on Dan’s controversial move to up the minimum wage in his company to $70,000? Why not get involved on Gravity Payment’s Facebook page, or via Twitter: @DanPriceSeattle and @GravityPymts.

Tweet
Pin
Share167
167 Shares
Discover The 4-STEP
LEADER'S “MINDSET MODEL”
CEOs, Celebrities & All-Star
Athletes Use To Stay
AT THE TOP OF THEIR GAME
GET INSTANT ACCESS